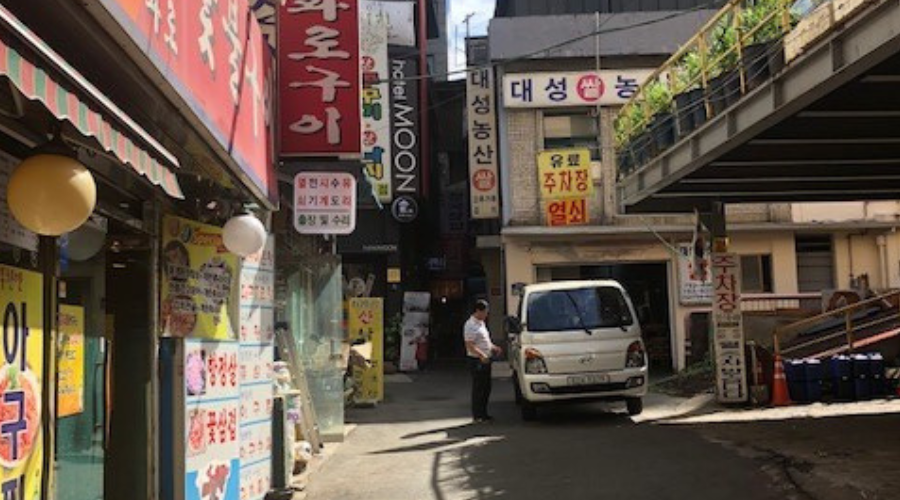 Many people within the hospitality industry lament the lack of chefs in Ireland, with everyone having their own opinions and perceptions on the reason behind the low, and falling, number of chefs working in Ireland.

I myself have spoken and written about the issue many times, but as the problem reaches epidemic levels- who is actually doing anything constructive in order to try and resolve the issues?

As a proud and active member of the Restaurants Association of Ireland, I was delighted to get the call from Adrian Cummins to assist them with their latest recruitment drive. I have travelled to Korea to attend the World Job+ Recruitment Fair at the Seoul International Travel Mart 2018 (SITM) to meet and interview prospective Chefs who are interested in coming to Ireland on the new Chef Work Permit scheme, announced earlier this year. The new regulations came into effect in March this year, removing some chef grades from the ineligible occupations list and making it easier to recruit chefs from outside the EU. The is an overall quota of 610 employment permits available.

Even though it’s been a few years since I was last in my whites on a full-time basis, the Chef inside me was really excited to come to this corner of Asia. As my only previous experience of Korean cuisine came from eating on Dublin’s Parnell Street, I was excited by the prospect of trying as much of the local cuisine as possible and I have to say I was not disappointed in the slightest. The bustling but pristine streets are filled with the amazing aromas coming from street food stalls, fresh produce on display and live prawns and octopus in the tanks, a stark contrast to the mammoth New York-style skyscrapers y towering above and the familiar four and five star hotel chains that you would expect to see in Paris, London or Dublin. 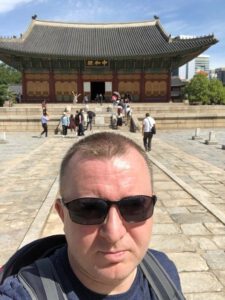 And what of the Chefs?

Koreans by their nature are extremely hard working, knowledgeable, diligent and creative and this really comes across when you talk to the chefs. They are connected with food and take great pride in the skills that they gain in Culinary College and their careers, most of the Chefs have a good level of English and the main reason for wanting to come to Ireland seems to be to further that knowledge. I have met with a considerable amount of Chefs and there is great interest amongst them in coming to Ireland. Although the initial permit will be for two years, most of them are already planning to extend this further as even though there are countless restaurants in Seoul it can be difficult gaining employment opportunities and advancement in a city with over 10 million people. 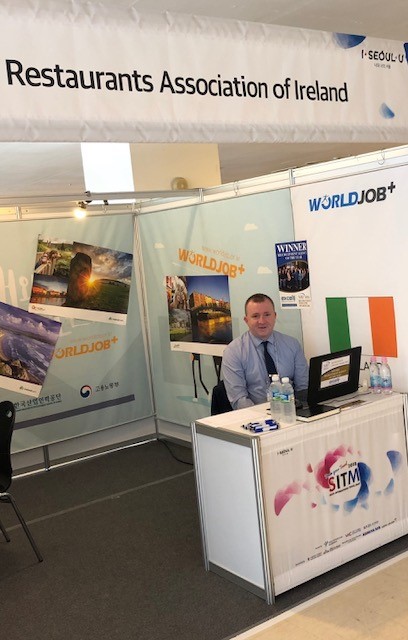 If you are struggling to hire Chefs or retain them for long periods and want to find out about how Excel Recruitment can help you through the work permit process please do not hesitate to contact me for more details. 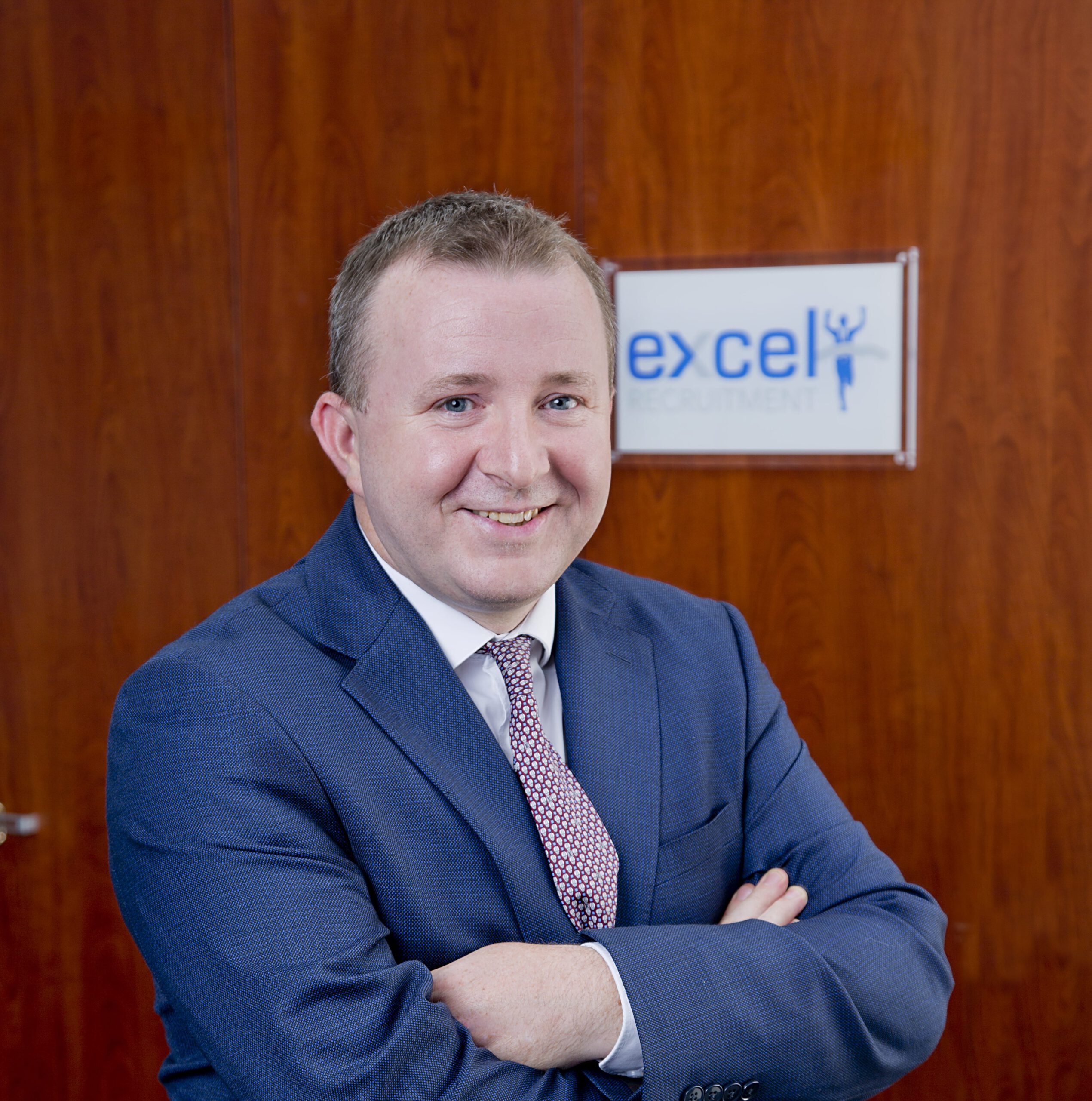 With the Budget looming, General Manager Shane Mclave offers his analysis on what this Budget, Brexit and the question mark over 9% VAT could mean for the hospitality industry

It’s the same story every year, as the hospitality industry winds down from a hectic summer season, attention turns to October’s Budget announcement and the debate around the industry’s 9% VAT rate begins again.

So will the 9% rate be kept this year or will it return to the rate of 13.5%, which was last in effect in 2011? The speculation is rampant again this year with no indications as yet from the Department of Finance as Budget Day draws nearer.Many commentators like to discuss the ‘cost’ to the Exchequer but this is an inaccurate analysis of a much bigger picture and completely ignores how beneficial the VAT rate has actually been. According to the Revenue’s own figures, in 2012, the first full year of the 9% VAT rate, income to the Exchequer was €630m from the tourist industry. This figure is anticipated to reach 1.04bn as a result of the increased activity in the sector. The 9% tourism VAT rate has been fantastic help to the Exchequer, not a hindrance.

Since the introduction of the 9% rate, the tourism industry – hotels, attractions, restaurants, B&Bs, caravan and camping sites, activity providers and many others, have created thousands of jobs. Recent figures from the Irish Tourism Industry Confederation (ITIC) show a staggering 79,100 jobs have been created in the tourism and hospitality sector since 2011.

68% of those new jobs are outside of Dublin, a feat no other industry can come close to achieving. Tourism and jobs it creates, particularly in the regions, must be supported and nurtured.

The ITIC has set ambitious goals for the industry, such as growing overseas earnings by 65%. This is only possible with government support… and the retention of the 9% rate. Any further increases in costs will achieve nothing other than stifling demand and damage one of the country’s biggest employers. Now is not the time to meddle with a successful formula that has worked so well and has so much more to offer. With unemployment so low and the minimum wage set to increase further, salaries and wages are increasing meaning the industry is facing mounting labour costs in the coming years. Now, is the exact wrong time to place further financial pressure on the industry.

What many seem to forget is that the 9% rate is not that unusual and actually brings Ireland’s tourism industry in line with the rest of Europe. 16 of 19 eurozone countries have tourism VAT rates of 10pc or less, making Ireland fully competitive with other European cities. This point can’t be stressed enough considering we still don’t know what Brexit will look like. No matter how hard or soft it is, Brexit will have an effect on Irish tourism, a fact the government must keep in mind. Irish tourism is uniquely exposed to Brexit with 40pc of all international visitors coming from Britain.

The VAT rate has enabled Ireland’s hospitality industry to do fantastic things- attracting more tourists, grow across the country and employ thousands of people. For all these reasons and so much more, Keeping Vat at 9% is an absolute must.

All major Irish supermarkets experience growth for the sixth period in a row according to the latest figures from Kantar Worldpanel.

The grocery market continues to be intensely competitive with just 1.5 percentage points separating the top three retailers. Tesco is the fastest growing retailer, a title it holds for the seventh consecutive period, with sales up 4.8% compared to this time last year. Tesco is the only one of the three major retailers to witness a further decline in the average price paid per item, but this has been counteracted by shoppers spending more. Customers spent an average of an extra €21 during the 12 weeks ending 12 August, through both visiting the supermarket more often and buying more items each time.

SuperValu continues to perform strongly with sales up by 2.4% and a market share of 22%, thanks in part to owner Musgraves prominent SuperValu of the GAA All-Ireland Hurling and Football Championships. The brand also performed well outside of its Munster stronghold seeing sales in Dublin up by 3.6% and the rest of Leinster growing by 6.2%.

Dunnes Stores’ saw overall growth of 1.9% during the period, thanks in part to the retailer’s ‘Mix and Match’ promotion on their barbeque meat range which was advertised in the lead up to the August Bank Holiday and boosted sales of chilled burgers and grills by a third.

The discounters also saw good growth with seeing sales growth of 2.9%. Aldi were also the only retailer to see a notable increase in shoppers, welcoming an extra 40,000 customer during the 12 weeks. Lidl achieved sales growth of 1.9% to hold market share at 11.9%.

Douglas Faughnan, consumer insight director at Kantar Worldpanel, comments: “Though the retailers continue to jostle for market share, the grocers have all benefited from the spike in consumer spending as shoppers’ splash out more during the warm weather.

“It’s been a summer of indulgence for customers. Alcohol is continuing to boom – overall sales of beer, wine and cider are up 10%. Ice cream is also up by a third compared to this time last year – equivalent to an extra €10 million – and soft drinks sales have jumped by 13%. The August bank holiday provided the retailers with another opportunity to cash in, with targeted advertisements and promotional activity directing customers towards specific categories such as fresh meat, fruit and vegetables and branded treats.”

Sporting events like the football World Cup and pop culture TV favourites such as Love Island have also had an impact on what shoppers are choosing to buy. Douglas Faughnan explains: “Men’s skincare products and shaving soaps grew at double the rate of the overall grocery market, while sales of razor blades rocketed by 15% as Love Island enthusiasts were potentially inspired by the contestants’ hairless look. Time spent in front of the TV meant shoppers spent less time on home cooking, to the benefit of frozen and chilled ready meals sales, which jumped by 16% and 6% respectively.”