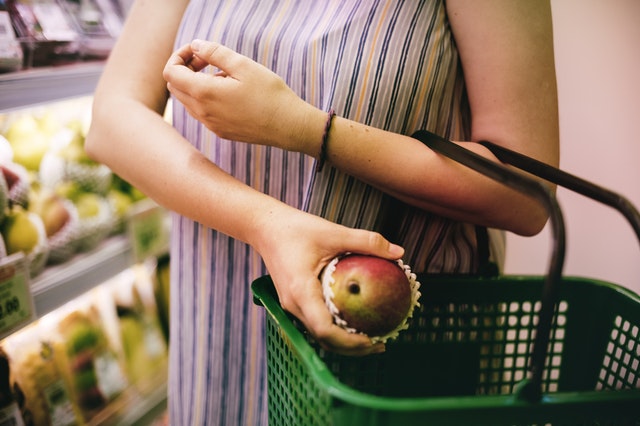 With Brexit continuing to dominate the news and the impact of a hard border still unclear, the latest grocery market share figures from Kantar Worldpanel show the value of cross-border shopping is at its highest level for five years. €64.5 million was spent shoppers from the Republic of Ireland in the 12 months ending in November 2018.

Over the past year just over one in eight households from the Republic of Ireland made at least one trip north of the border to do a grocery shop. That equates to more than 207,000 shoppers” says Douglas Faughnan, consumer insight director at Kantar Worldpanel.

“While these excursions account for a relatively small percentage of each family’s supermarket visits – on average, eight out of 270 annual trips – they spend substantially more shopping when they cross the border. Shoppers from the Republic spent €38.50 on an average shop in Northern Ireland while the average spend back home is €23.70. This is likely to be because they want to make the extra effort worthwhile.”

One of the biggest attractions for shoppers looking for a cross-border bargain is alcohol. Douglas Faughnan explains: “Of the €65 million spent by Republic of Ireland shoppers in Northern Ireland over the past year, a quarter went on alcohol, adding up to just over €16 million. No other food or drink category comes close, with dairy products accounting for the next largest share of cross-border spend, at 5.9%.”

The strength of the euro against sterling over the past two years has made cross-border shopping even more appealing, but there have been benefits for those spending in the Republic as well. Douglas Faughnan explains: “The cost of importing products to Ireland from Britain has fallen while goods made in Ireland with British ingredients have typically been cheaper to produce. This has allowed retailers to pass savings on to their customers – vital in such a competitive market – and as a result, grocery prices in Ireland have for the most part been falling since March 2017.”

“However, for only the second time in 21 months, grocery prices have increased, suggesting the prolonged period of grocery price deflation may be coming to an end.”

The four week run up to Halloween generated an uplift of almost €30 million for supermarkets. Supplies for parties and trick or treating were in high demand with confectionery sales up 4% compared with the same period last year. 17% of Irish households bought a pumpkin this Halloween, spending a collective €1.5 million on the seasonal vegetable.

Faughnan says: “With Halloween wrapped up and the arrival of the much-anticipated Christmas TV adverts this week, Irish shoppers are already getting excited for the festive season. In fact, more than 50,000 people had already bought a Christmas pudding by the 4th November. 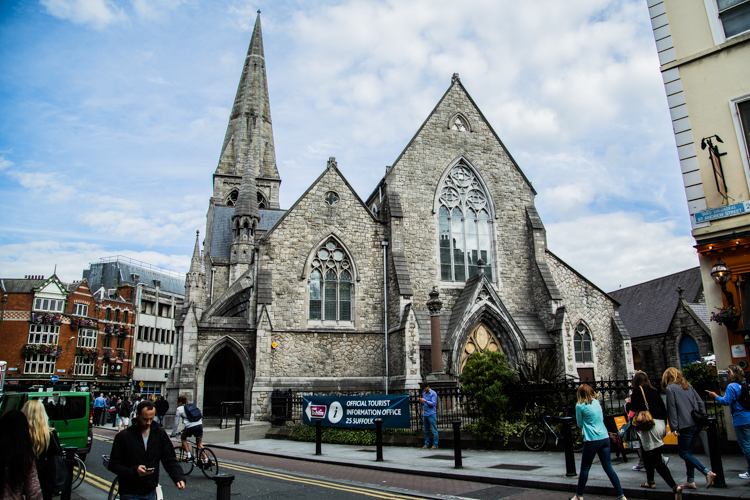 A continental style food hall is to open in Dublin city centre next summer. The new dining experience will consist of 15 different outlets serving up to 400 diners is set to open in St. Andrew’s Church on the corner of Suffolk Street and St Andrew’s Street.

The church, which measures almost 20,000 sq. ft. and operated as a tourist office until 4 years ago, will undergo a € 6 million fit-out and renovation. Construction is set to start in January with an opening date expected in June. Well-known hospitality group Michael JF Wright Hospitality Group have signed a 25-year lease on the building. The group currently operates eight Dublin bars, restaurants and Marquette airport outlets, employing 700 people.

The current plans for the hall include 10 food vendors operating from the main body of the church, and a further three dessert and patisserie outlets, two coffee kiosks and two bars. Communal seating will occupy the central aisle of the church, with additional tables for smaller groups on the first floor. The former parochial hall behind the church will be linked to the main structure by an enclosed walkway “wrapped in black zinc”, and will accommodate an additional 100 diners. Further seating will be available in an outdoor garden setting.

A purpose built stage is planned to facilitate cookery demonstration with regular musical and theatre performances also planned. According to Wright, the venue is expected to operate as a cultural space as well as a dining venue.

“The idea is to create an indoor urban food hall for the city centre; a new casual dining experience with emphasis on great food, social interaction and entertainment,” says Michael Wright. “I had visited food halls all over Europe and the US and had seen how popular and atmospheric they were. Irish hospitality and the Irish welcome are legendary; eating, drinking and entertainment are at the heart of this, and to me it made complete sense that Dublin should have one.”

A strategic mix of high-quality vendors is seen as pivotal to the success of the project.Wright continues “Our concept is to bring the best of Irish artisan food to this location. Really high-quality Irish food and Irish ingredients, but with a global flavour. Hopefully, this will translate into a really great choice of foods – something to suit all palates, from traditional Irish dishes to Korean delicacies, to the latest in vegan offerings. The mix is central to the success of the food hall,” says Wright.

According to Ewan McDonald, chief operating officer for Michael Wright Hospitality, the group is in advanced negotiations with a selection of high-profile operators on the Dublin dining scene including John Farrell, whose restaurants include Luna, 777 and Butcher Grill; Niall Sabongi (The Seafood Café, Klaw, Klaw Poke) and Shane Mitchell (Asador).

“We want to add something very different to the Dublin food scene,” says McDonald, speaking to the Irish Times. The venue will be open 7 days a week from 8am to 11pm.