Retail Excellence Ireland has called for State support for retailers as it was revealed 60% of Irish online spending in 2017 went to foreign retailers.

Lorraine Higgins of Retail Excellence Ireland said the threat posed to Irish retailers by online operations overseas has been growing for more than a decade. The retail representative body is concerned that unless some level of State-intervention is implemented, many indigenous businesses that make the Republic’s retail space unique would shut.

According to Ms Higgins, “Consumers see a huge price differential between online and bricks and mortar shops, but many of the prices that we see online do not include VAT or duty and seem much cheaper. Around two-thirds of consumer spending is leaving the country every single day, and that presents a massive challenge to the retail industry and to Revenue.”

Less than 30 per cent of Irish retailers have an e-commerce capability on their websites, and 22 per cent have no online presence at all. According to Retail Excellence Ireland the numbers highlight the size of the challenge many retailers face if they are to survive, and she called for State support for small enterprises seeking to build websites to compete against overseas competitors. The calls came in the wake of the closure last month of a branch of the Walton’s music shop on Dublin’s South Great George’s Street.

Thomas Burke, director of Retail Ireland, the Ibec umbrella group for the industry was cautiously optimistic about the future, “I see it as a glass half full kind of situation. Shopping is not just the transaction, it is a past time and it is a social activity, and I think retailers need to take advantage of that fact they do not have to just go toe-to-toe with the big online retailers on price and can offer something a bit different.” 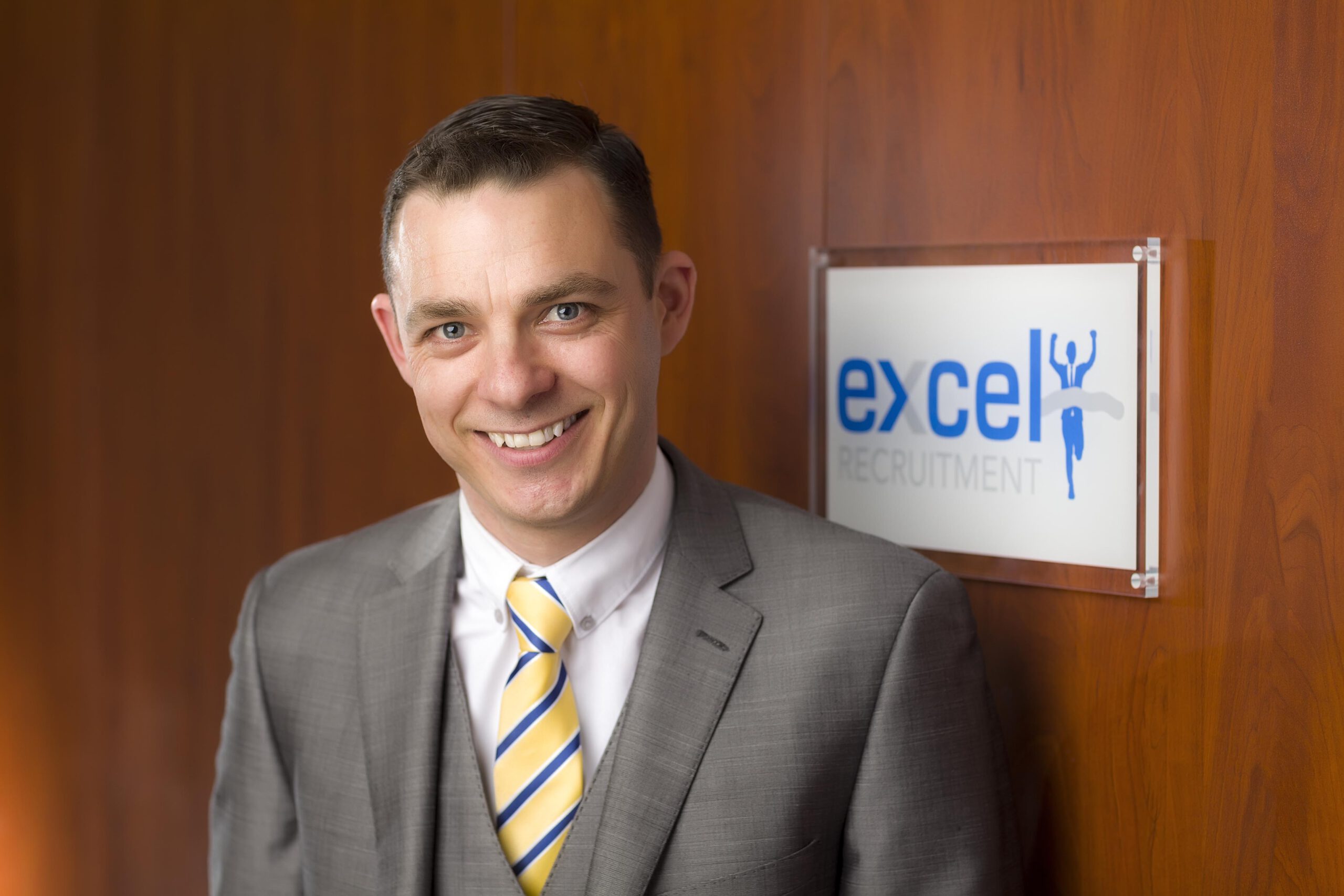 Excel Recruitment are delighted to release our 2018 Salary Survey. Our Salary Survey covers all aspects of the Hospitality Industry including Hotel, Chef and Industrial and corporate Catering salaries. In a series of blog posts, Excel’s expert team give their take on the year ahead and the factors affecting salaries in each industry. In To view our Hotel and Catering Salary Survey in full click here. To get General Manager Shane’ McLave’s take on hotel salaries and the effects of Brexit, click here.

The Irish hospitality sector’s chef crisis continued to dominate industry news and discussion last year, a nowhere near new phenomenon that looks to set to continue right through 2018. Businesses of all levels, shapes and sizes are continuing to struggle to attract, recruit and retain a quality of chefs at all levels. While there is much back on forth on about the issue and many solutions suggested, such as re-instating Cert qualifications or promoting apprenticeships, it needs to be stressed that much of the issue is centred around the industry standard pay rates for chefs.

Chef pay rates are again going up but they are still well short of the average industrial wage which is €36,000 per annum. In most establishments, chefs have to manoeuvre themselves into a management position in order to achieve that salary. The increase in minimum wage which came into effect in January will further highlight the issue as hourly rates above this will be expected to increase in line with the 30c increase to the minimum wage.

There are exceptions, as we are seeing savvy operators within the Hotel and Restaurant sector offering very attractive packages to attract and keep talented chefs. They can see by increasing the salaries they are seeing the benefits of a higher calibre of staff, greater retention and a lower turnover in talent. Retaining staff will be a major objective of businesses in 2018 as recruitment looks set to remain a highly competitive, candidate’s market. We’re already seeing business work hard at this through a mixture of reward and progression.

The battle of the supermarkets remains as tight as ever as all major supermarkets experiencing sales growth over the last twelve weeks. Only 1% separates the top three, with Dunnes in the top spot with 23.2% of the market.

According to Kantar Worldpanel, Dunnes have successfully counteracted lower footfall with higher spending from its existing customers. This comes as shoppers are shopping around less but rather remaining loyal to a brand and spending more in one place. Dunnes are followed by Tesco on 22.7% and a sales increase of 4.8% and SuperValu is in third with 22.2%, with sales growth of 2.1%. Dublin yielded the strongest results for the retailer, with the supermarket managing to increase its market share in a region where it was traditionally underrepresented. Lidl and Aldi are on 10.5% and 10.3%, respectively, and Iceland, while also holds just 0.6% of the market is making gains in their frozen offering, helped in the main by new store openings. The chain which recently opened its 20th Irish branch increased its share of frozen food sales from 4.3% to 6.0% year on year.

According to the latest figures, which deal with the 12 weeks ending 28 January show continued growth for Irish supermarkets, with the growth of branded goods outpacing own brand labels for the first time in four years. Alcohol, baked goods, frozen food and toiletries were the best performers. Kantar Worldpanel’s David Berry saying the sales equated to nearly €50 million extra for retailers. “The recovery of branded sales began in late 2017 and has continued apace in the new year. Sales of brands are up 4% year on year as shoppers parted with an additional €49 million on their favourites during the past 12 weeks.

Consumers’ New Year health kicks were plain to see with spinach, berries and avocados continuing to prove popular. Shoppers’ are also showing an increasing interest in vegetarian and vegan lifestyles with sales of vegetarian options surge by 18%, translating as one in five shoppers picking up a vegetarian product. 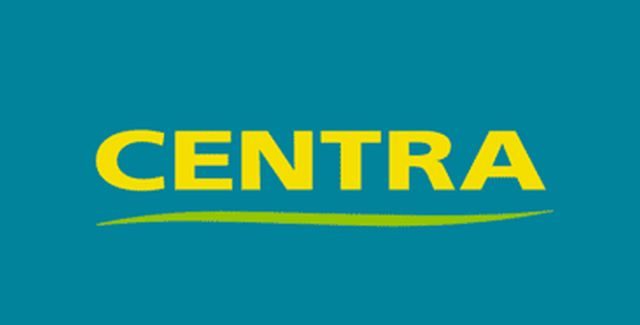 Musgraves are planning a €30m investment into their Centra convenience retail brand, with plans to open 30 new stores. The retailer also plans to revamp a further 100 existing stores. The investment is expected to create 400 jobs.

The Centra brand was repositioned in 2016 as part of the “continued shift by consumers for healthier options”.In the past 12 months sales of the company’s “Grab & Go” sandwich range rose by 24 percent, impulse water purchases increased by 10 percent while salad box sales reached almost €2 million.The Frank and Honest Coffee brand, performed very strongly for the retailer, contributing to sales in the hot beverages category doubling in 2017. The coffee offering is currently available in 350 Centra stores and will be available in all the new stores.

“We are very happy with our performance in 2017 in what is an extremely competitive market. Our decision to reposition Centra in response to changing consumer trends, with customers increasingly choosing healthy options, has paid dividends,” said Martin Kelleher, Centra managing director. “We are well-positioned for the future with plans to open a further 30 Centra stores in 2018, highlighting the attractiveness of the Centra brand to independent retailers,” he added.

The retailer employs over 11,000 people in Ireland and has 450 stores.

French sports retail giant Decathlon are set to make their mark in the Irish market with plans for nine stores across Ireland.
The family-owned company, often called the ‘Ikea of sports retailing’ are expected to open their first store in Dublin, followed by Cork and Galway, along with more in Dublin and around the country.

The planned stores will employ more than 500 people. Sportswear lovers may already be fans of some of the 62 brands stocked by the retailer including Kipsta, Tribord, Artengo amd Quechua. . Decathlon will distinguish itself from other sports retailers such as Lifestyle and Sportsdirect by offering only its own brand products for sale in Ireland.

Ireland is one of the few European countries where the retailer does not have a high street presence. Decathlon considered branching out into Ireland several years ago, but backed away quite suddenly just before the country’s financial crisis broke. The brand recently set up its first Irish office in Sandyford and last October, established a dedicated Irish e-commerce website delivering directly to Ireland. It aims to ship 100,000 items here this year to some 50,000 users.

According to Decathlon Ireland CEO Bastien Grandgeorge, who moved to Dublin last August from Singapore, where he led Decathlon’s launch, the company is close to negotiating a deal for a 2,000-5,000sq m store on the outskirts of Dublin. While space in Dundrum Town Centre was suggested as a possible first Irish home, the company was looking for a much larger space. Mr Grandgeorge said a medium-term goal for the company is to develop its own brand for Gaelic sports.

Decathlon has 1,350 stores across more than 40 countries and a multi-billion euro annual turnover. Decathlon designs and manufactures the products itself, which, says the company, allows it to pass all the savings on to the consumer.

The group say the proposed measure will help to counteract the level of retail spend leaving the country. Retail Excellence Ireland is calling for legislation similar to the UK’s Finance Act which was introduced in December. Under the Act, online market-places were made responsible for collecting VAT and duties.

“We think that we should expect no less here in Ireland, because it’s not enough in budgets to just increase consumer spend and think that takes care of retail,” said Lorraine Higgins, Deputy Chief Executive of Retail Excellence Ireland, “We need retail-focused solutions for the future.”

Ms Higgins, Deputy Chief Executive at Retail Excellence Ireland, said two-thirds of online spend is leaving Ireland, and retailers here are aggrieved by competition from online retailers based outside the state who do not have to pay duties. “First and foremost we need to look at the online market-places, and the fact that they don’t have any duty on them,” she said. “So what we’d like to see is robust legislation introduced in the upcoming budget that would make online marketplaces jointly and separately liable to collect VAT and duties.”

She said retailers “were investing heavily in marketing campaigns to try and offset the type of cheap imports that were coming from websites, predominantly outside of the EU” She said the industry is seeing is an elongation of the shopping period at Christmas time, and a lot of retailers have stepped up to the mark and offered bargains, deductions and discounts in November, in order to try and encourage people into stores, to offset the challenges coming from websites outside of Ireland.