British chocolatier chain Hotel Chocolat has announced its plans to open its first ever Irish café. The brand will open an Irish branch in Dundrum Shop will be opening its first ever Irish café this October. According to Retail Times, the new venue will occupy a 102 square metre space in Dublin’s Dundrum shopping centre and will be offering customers a number of new cocoa-based beverages as well as the firm’s full range of exclusive chocolates. Commenting on the announcement, Simon Betty, director of retail for Ireland at the company that owns Dundrum shopping centre, Hammerson, asserted, “Hotel Chocolat is a perfect fit for Dundrum, where it will trade alongside other premium brands…Since taking ownership of Dundrum last year, we have worked to leverage our relationships with domestic and international brands in order to ensure an exciting and fresh retail mix, and this latest debut is a testament to the success of that strategy.”

Arnotts to get further €4m refresh

The Selfridges Group will invest €4m of fresh capital into Arnotts, the iconic Dublin department store. The capital will be used to enhance both the group’s store as well as its online presence and IT capabilities. There has already been significant work done to the store, which will continue over the next 12 to 24 months. The store has redesigned its interior layout, with its famous ‘Shoe Garden’ moving from the ground floor to the first in order to bring women’s footwear and clothing together. The store’s accessories and beauty halls will be refurbished and popular fashion brand Michael Kors will be added to the store’s offering. The store is working on an overhaul of its website, Arnotts.com, which will soon be relaunched following a substantial investment as well as a redesign.

Supermodel Heidi Klum’s much-anticipated clothing line with supermarket Lidl has been given a release date. The line will be officially launched at New York Fashion Week on September 7th and will be available in 10,000 stores worldwide from September 21st. The collection will feature clothing, along with shoes and accessories. Prices said to be starting from €5.99 with Klum saying she wanted to “create fashion with a wow effect that is easy to combine and makes every woman look fantastic – and all at an unbeatable price.” The new collection is titled “Esmara by Heidi Klum: Heidi and the City” and both Klum and Lidl have shared teasers of the collection ahead of its fashion week launch.

It’s an exciting time for Lifestyle Sports. Ireland’s largest Sports Retailer will add to their 63 stores in Ireland and Northern Ireland, with a new 6,000 sq. ft retail flagship in Arnotts. Opening in time for the Christmas rush, the store north of the Liffey will pair with their current flagship on Grafton Street, operating dual flagships.

While Sports Direct will open just down the road in the former Boyers site, the Lifestyle Sports ascent shows no signs of slowing. Stafford Holdings, the diversified group which owns Lifestyle Sports are expected to release accounts which show a pre-tax profit that has doubled versus the same period last year.

Stafford Holdings also own Stafford Fuels and Campus Oil. While overall revenue fell in the group, this is believed to pertain to the fall in the price of oil. Group Chairman Vistor Stafford noted that Lifestyle Sports drove much of the group’s growth.

An announcement will be made announcing Lifestyle Sports as the in-store sports concession at Arnotts, the Selfridges owned Department Store, replacing Elverys Sports. The Stafford Family are serious about eyeing up an entry into the English and European market, but plans are not imminent.

It is believed that if the partnership with Arnotts prove successful, Selfridges could be a gateway into British markets, with Lifestyle cementing themselves as premium sports leader and Sports Direct, Mike Ashley’s owned business, as the leader in discount.

British department chain John Lewis have agreed a partnership with Arnotts. In an exclusive deal, John Lewis will debut in the Republic with 2,000 sq. ft. of retail space across two floors of the Henry Street Department Store. It will also be available online on Arnotts.ie

The product offering will include more than 700 items from the John Lewis own-brand home and lifestyle range and launch in October of this year. John Lewis has been keeping a close eye on the Irish market and was previously linked with the vacant Clerys building, which has recently been bought by Sports Direct.

Further brand announcements are expected over the coming months from Managing Director of Arnotts Donald McDonald.

UK Group Selfridges have acquired Arnotts department store for an undisclosed fee. Founded in 1843, the iconic retail store that resides on Henry Street North Dublin, is now under the ownership of Canadian businessman Galen Weston and his wife Hilary.

The sale is part of a wider agreement which saw an agreement Fitzwilliam Finance Partners between and Wittington Canada. The former was set up in 2011 by Irish lawyer and developer Noel Smyth, whose intention was to acquire the debts associated with Arnotts debt. Wittington Canada is the holding company for the Weston group. The purchase of these loans by Wittington Canada from Fitzwilliam Finance Partners was cleared by the Competition and Consumer Protection Commission in August, clearing the way for the acquisition.

Arnotts chief executive Ray Hernan will step down as chief executive to “pursue new opportunities” with Selfridges appointing Donald McDonald as managing director of the business. Mr Weston said of the sale “Our family has been a significant investor in Irish retailing and the wider economy since we acquired Brown Thomas in 1971.”

Fitzwilliam Finance Partners have stated that the Competition and Consumer Protection Commission have approve the outright purchase of the Arnott’s group. In May of this year, Fitzwilliam said they had reached agreement to acquire 50% in Arnotts, which is owned by rival bidder Apoll, a US investor.

Noel Smyth & Partners, who are owners of The Fitzwilliam Finance Partners said that following approval from the Competition Authority, Fitzwilliam will complete the formalities of acquiring the Apollo interest over the forthcoming weeks.

“It is our core objective to maintain the iconic brand of Arnotts which is synonymous with retailing in Dublin city centre and to build on this landmark brand,” he said. 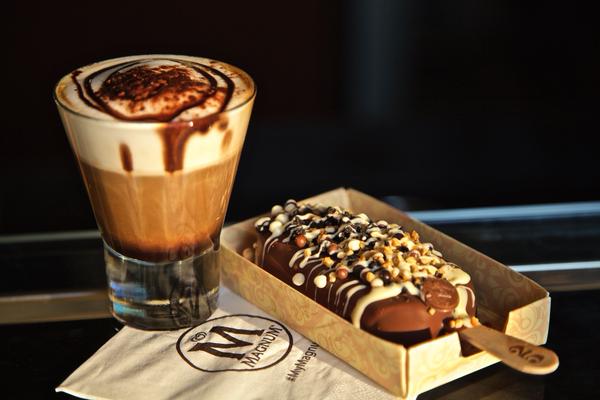 Arnotts will launch a new pop up ‘Magnum Pleasure Store’, tomorrow Wednesday July 1st. The new pop up will encompass the core Magnum range, but offer a more personalised offering. With 15 different types of toppings to choose from, it follows the same style as ‘Yogism’ and Frozen Yogurts, where you personalise your food to suit your order. The pop up has been in numerous cities across Europe and looks set to hit Dublin right in time for the good weather.