Pharmacy, cosmetics, electronics, technology and fashion have been the biggest draws for Irish shoppers so far this Christmas season. A report conducted by retail representative body Retail Excellence Ireland show a sales lift of up to 60% year-on-year during the final week of November. This week, dubbed ‘Cyber Week’ has fast become a crucial time for retailers as it sees online retail figures spike in time for Christmas. It stems originally from US retailers tempting shoppers by offering bargains around the American Thanksgiving holiday. Events such as Cyber Week have prompted many retailers to adapt their sales strategy with a view to elongating the Christmas shopping period.

Lorraine Higgins, Deputy Chief Executive of Retail Excellence Ireland, said the survey was representative of all the retail sectors in Ireland and the fact that retailers were reporting a 20-60% increase in sales is a very positive story. According to Higgins, the benefits to the Exchequer are also obvious as well and she highlights how Budget 2018 resulted in many with increased disposable income, which is impacting positively on consumer sentiment. A record number of people are also back at work and so will up their spending.

But she added that the retail sector is not without its challenges, and the amount of spending that is “leaking out” of the country on a daily basis is one of these challenges. Two-thirds of consumers’ online spend is going out of the country and further supports for retailers to take on the European online stage are needed. She said that Enterprise Ireland currently supports manufacturing and processing companies, and now it is time the agency also supported the retail industry.

Ms Higgins said that online sales is an increasingly important part of retailers’ business and its growth cannot be underestimated. She said that it will become up to 30% of retailers’ business and so is too big to ignore. There are difficulties due to poor broadband services in some areas of the country, but Ms Higgins said that €602 billion is being spent by European consumers online and Irish retailers have to get a slice of that ever-increasing pie. According to Department of Communications figures, 84% of Irish consumers by 2020 will buy “frequently” online, she added. 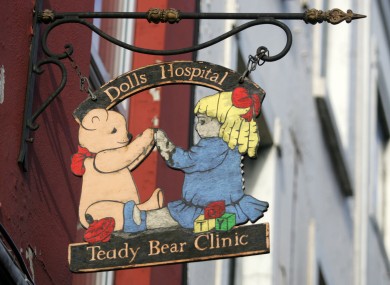 Iconic Dublin Retailer on the hunt for new home

Dublin’s Doll Hospital has been forced to close its doors for the second time in recent years.

Supermarket sales boost at Easter with SuperValu on top

The early Easter resulted in an additional spend of €40million in Irish Supermarkets.